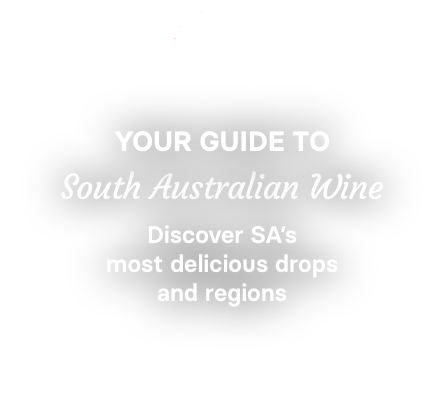 South Australia is known as the wine state, making over 50% of Australia’s annual production and home to some of our most iconic producers. What’s interesting about South Australia is that, despite all the fanfare, all the celebrity winemakers and international brands, there’s a vibrant, counter-culture movement within SA’s regions producing some of Australia’s most experimental wines.

While the Barossa is not the biggest region (by production or size), it is inarguably South Australia’s most important. Notably, the Barossan wine history has a distinctly Germanic feel to it, with the region first settled by Silesian migrants in the early 1800s, and first plantings in the Barossa dating back to the 1840s. The descendants of these migrant families are still amongst the most important players in the Barossa, with names like Henschke, Schwarz, Schulz, Hoffmann, Leinert and Linke dominating grapegrowing and winemaking within this region.

Technically, the Barossa is a zone, split into two different regions - the Barossa Valley, which is where you’ll find most of the plantings and wineries, and then the Eden Valley, which sits atop the range above the Barossa Valley and is known for cooler climate reds and aromatic white wines. The Barossa itself is home to some of the world’s oldest constantly producing wine grapevines, with ancient Shiraz, Cabernet Sauvignon and Grenache vines that date all the way back to the early 1840s settlers.

Unsurprisingly, full-bodied reds are the hero of the Barossa, with Shiraz, Cabernet Sauvignon and blends of Grenache, Mourvedre (locally known as Mataro) and Shiraz the heroes. Look out also for the rare fortifieds produced here, which are some of the most intensely flavoured wines on the planet.

Compared to other parts of South Australia the Adelaide Hills may seem like a relatively young wine region, with the bulk of plantings occurring within the last 50 years. But in the late 1800s the Adelaide Hills was home to over 240 producers and was a hotbed of fine wine. It was only the removal of Imperial Preference (Australia’s trade advantage into Britain) that pushed out these pioneers, leaving the Hills largely for orchards and grazing.

More recently, the high altitudes (above 650m in some spots) and distinctly cooler climate has meant that the Adelaide Hills has become a natural spot for more delicate reds (like Pinot Noir), Chardonnay, Sauvignon Blanc and even sparkling wines, especially around the cooler, higher spots like the Piccadilly Valley and Lenswood.

The fascinating point of difference with the Adelaide Hills is that its a giant region, spanning all the way from the edge of the Barossa to the edge of McLaren Vale, with very cool and high spots best suited to white wine and light reds, right through to warmer locations that can make excellent full-bodied Shiraz and Tempranillo (amongst others).

In one corner of the Adelaide Hills, you’ll find the Basket Range, Australia’s home to natural and low interventionist wines. Here, a group of like-minded vignerons produce some of the wildest, most intriguing wines in the country from a whole smorgasbord of different grape varieties. Beyond the Basket Range, the Hills itself champions diversity, with just about every grape in South Australia (including rarities like Gruner Veltliner) making a home here.

Nestled at the far southeastern end of South Australia, Coonawarra’s cool maritime climate is closer to that of western Victoria than further north around Adelaide, with cool wet winters and mild summers the norm.

Famously flat, Coonawarra is situated on a patch of ‘terracotta’ clay soils over limestone, the narrow, cigar-shaped outcrop of this celebrated dirt acting like a beacon for grapegrowers. In a perfect act of symbiosis, Cabernet Sauvignon (and to a lesser extent Shiraz) works perfectly on these soils in Coonawarra, which means the region is uniquely focused on reds, and Cabernet is the hero.

With its relative isolation - and how small the region is itself - Coonawarra has a more relaxed personality than many other wine regions in South Australia feeling more like a proper rural town than a tourist mecca like the Barossa.

Sure, Cabernet Sauvignon is king here, making full-bodied, structured, long-lived wines, but Shiraz can be equally sophisticated (and long-lived). Merlot and a smattering of Riesling are the other varieties here, but really, Cabernet and Shiraz are where it is at.

Although now at risk of being swallowed up by Adelaide suburbia, McLaren Vale is one of South Australia’s more beautiful wine regions, with the contrast of stunning sandy beaches contrasting against green hills and vineyards.

‘The Vale’ as locals call it has undergone something of an evolution in recent years, with a focus that has moved away from just the typical French varieties - Shiraz, Cabernet Sauvignon, Chardonnay etc - and into more Mediterranean grapes like Sangiovese, Fiano and Nero d’Avola.

The sunny warmth of McLaren Vale is moderated nicely by the ocean, making for full-bodied wines that have effortless flavour richness and a famous mid-palate roundness. There is also quite a contrast from the cooler northern end of McLaren Vale around Blewitt Springs - home to some of Australia’s best Grenache - and the warmer southern end which makes luscious Shiraz.

McLaren Vale is also known as one of the most sustainable wine regions in Australia, with a considerable number of organic, biodynamic and sustainably farmed vineyards. This is backed by a wine culture that is ever more environmentally conscious.

Diversity is the name of the game in McLaren Vale, and it goes across styles too, with a push towards lighter styled reds and refreshing whites as a key focus. That said, McLaren Vale still has some of the oldest Cabernet Sauvignon vines in South Australia, and there is a rich history of full-bodied reds here and some truly fabulous wines.